by
Emma
-
Jump to RecipePrint Recipe

These mince pies are so simple and delicious. Perfect to serve at Christmas or to give as a special gift. And the great thing about this recipe is that you can make the mincemeat and use it on the same day.

I will always cherish fond memories of my mother’s mince pies, smelling them as they baked in the oven. My brother and I would be my mum’s little helpers, we would sit at the kitchen table waiting patiently while mum made the pastry. Then one of us would fill them up with mincemeat and then the other would put the tops on. Once they were baked they were then stored in an old quality street tin. She wouldn’t just make them for us, she would make them for family, friends and for her work colleagues.

Check out my other Christmas recipes

Wow your friends with these delicious mince pies.

How to make hummus at home
Mincemeat – Mince Pie Filling 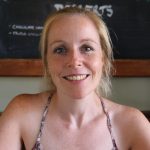 My name is Emma, I worked as a craft baker for many years. I’m a food enthusiast and mum to a beautiful fur baby Newton.

I want to show people that it’s easy to adopt a plant-based lifestyle.

This is not a sponsored website. All products were purchased by me. However, I may earn a commission from the affiliate links

…
Copyright © 2019 Really Simple Recipes
We use cookies on our website to give you the most relevant experience by remembering your preferences and repeat visits. By clicking “Accept All”, you consent to the use of ALL the cookies. However, you may visit "Cookie Settings" to provide a controlled consent.
Cookie SettingsAccept All
Manage consent

This website uses cookies to improve your experience while you navigate through the website. Out of these, the cookies that are categorized as necessary are stored on your browser as they are essential for the working of basic functionalities of the website. We also use third-party cookies that help us analyze and understand how you use this website. These cookies will be stored in your browser only with your consent. You also have the option to opt-out of these cookies. But opting out of some of these cookies may affect your browsing experience.
Necessary Always Enabled
Necessary cookies are absolutely essential for the website to function properly. These cookies ensure basic functionalities and security features of the website, anonymously.
Functional
Functional cookies help to perform certain functionalities like sharing the content of the website on social media platforms, collect feedbacks, and other third-party features.
Performance
Performance cookies are used to understand and analyze the key performance indexes of the website which helps in delivering a better user experience for the visitors.
Analytics
Analytical cookies are used to understand how visitors interact with the website. These cookies help provide information on metrics the number of visitors, bounce rate, traffic source, etc.
Advertisement
Advertisement cookies are used to provide visitors with relevant ads and marketing campaigns. These cookies track visitors across websites and collect information to provide customized ads.
Others
Other uncategorized cookies are those that are being analyzed and have not been classified into a category as yet.
SAVE & ACCEPT
WP Twitter Auto Publish Powered By : XYZScripts.com